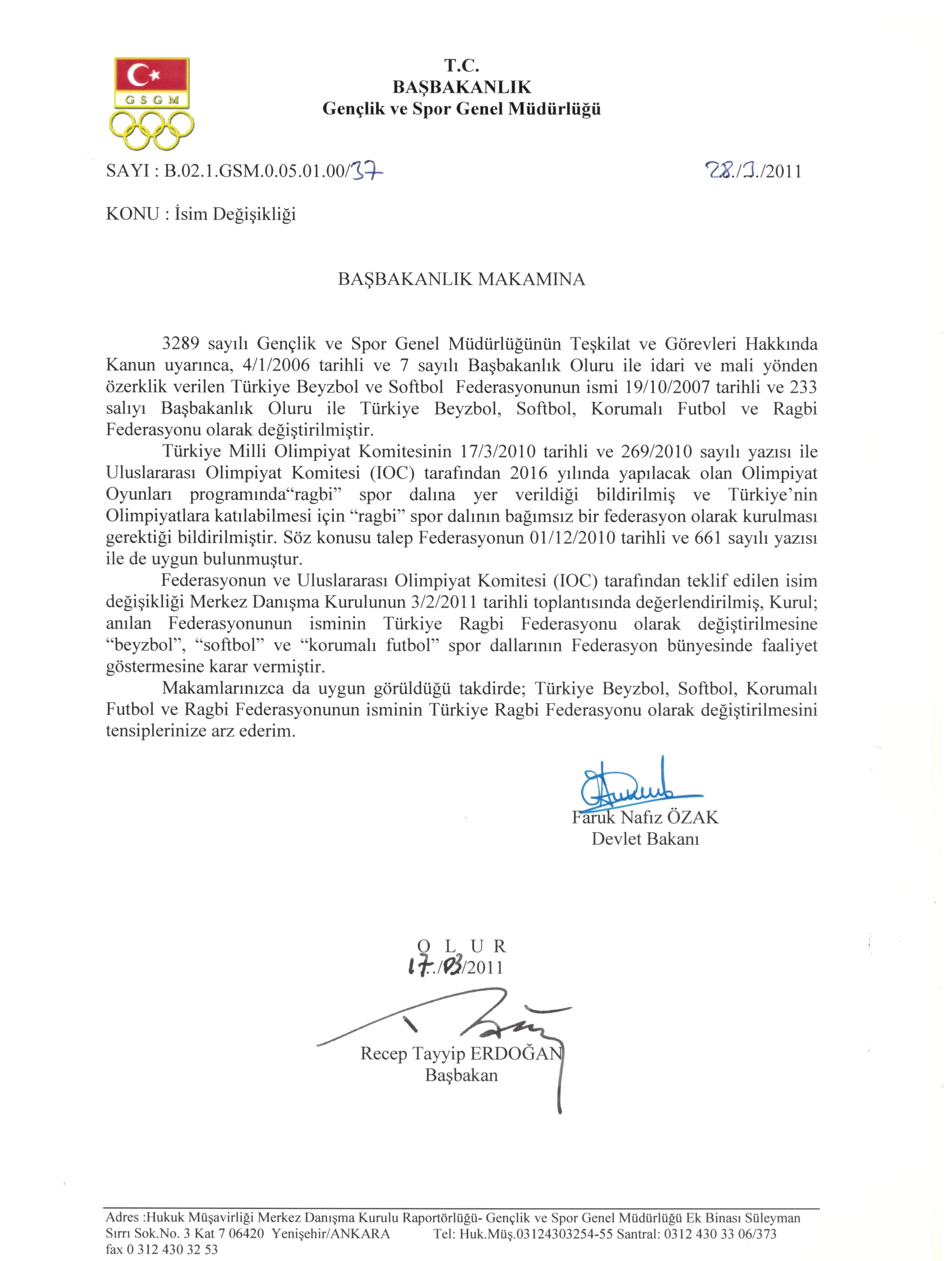 TO THE OFFICE OF THE PRIME MINISTER

With the letter dated 17/03/2010 and numbered 269/2010 of the Turkish National Olympic Committee, it was reported by the International Olympic Committee (IOC) that "rugby" sport branch was included in the Olympic Games program to be held in 2016 and that "rugby" sport branch should be established as an independent federation in order for Turkey to participate in the Olympics. The request in concern was also approved by the Federation's letter dated 01/12/2010 and numbered 661.

The name change proposed by the Federation and the International Olympic Committee (IOC) was considered at the meeting of the Central Advisory Board on 3/2/2011, the Board has decided to change the name of the Federation in concern as Turkish Rugby Federation and to allow the sport branches of "baseball", "softball" and "American football" to operate within the Federation.

If approved by your authorities; I would like to request the name of Turkish Baseball, Softball, American Football and Rugby Federation to be changed as Turkish Rugby Federation.